Iberdrola USA, the second-largest wind producer in the United Sates, recently announced that its sister company ScottishPower Renewables, in conjunction with Dong Energy of Denmark, has opened Iberdrola’s first offshore wind farm — West of Duddon Sands, a 389 MW facility located in the Irish Sea, approximately 12.5 miles off the seaport of Barrow-in-Furness in North West England. 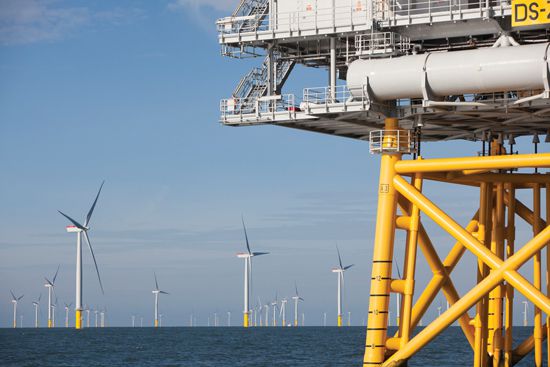 “West of Duddon Sands is the first offshore wind farm in the U.K. to use such advanced construction methods,” Galan said. “The combination of two highly sophisticated installation vessels working in tandem, and the support of the excellent fabrication facilities at Belfast, Northern Ireland, made this one of the most efficient offshore projects ever delivered in the U.K.”

“Building the West of Duddon Sands wind farm was a significant engineering challenge,” said Bob Kump, chief corporate officer of Iberdrola USA. “There is value in the achievement beyond the immediate benefits of this project. We will share the knowledge we gained among Iberdrola companies like ours and throughout the industry to help advance the technology and cost competitiveness of future offshore wind projects.”

More than 1,000 workers spent the last two years erecting the 108 Siemens turbines, connected through a 125-mile web of undersea cable in a 26-square-mile patch of the Irish Sea. Each turbine has a rating of 3.6MW, and the wind farm has enough total capacity to meet the annual electricity demands of approximately 280,000 homes.

Two big innovations in offshore wind project construction helped reduce the costs of this project and get it online ahead of schedule:

Energy generated by the project connects to an offshore substation built by Iberdrola’s engineering subsidiary, Iberdrola Engineering and Construction, and designed to withstand the area’s extreme weather conditions. The substation boosts the voltage then routes it through two export cables to the onshore substation at Heysham where it enters the U.K. national grid.