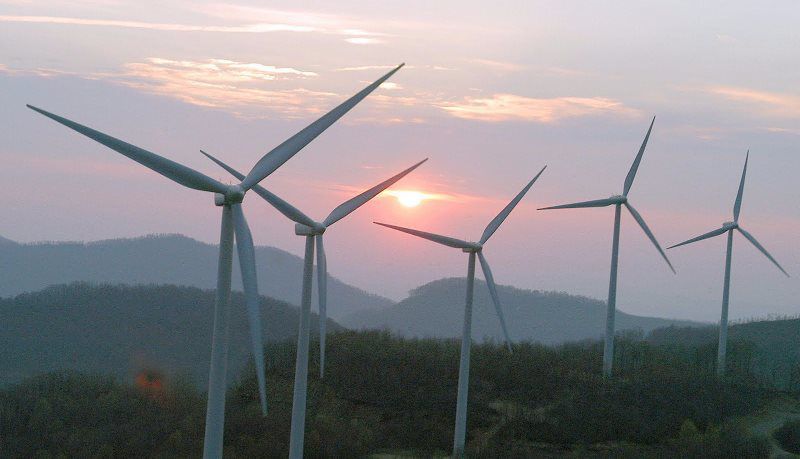 NTC Wind Energy is a subsidiary of J.W. Bruce & Company, LLC., based in Boerne, Texas. We are a small woman-owned family business, operated by Stacey Bruce as President and Joe Bruce as Vice President and General Manager.

Our humble beginning was in Tehachapi, California along with the first experimental utility-scale wind turbines as Norm Tooman Construction – Wind Division, thus the current name "NTC Wind Energy". Back then, there were many improvements and innovations that were needed as the industry grew. We applied common sense solutions to issues that needed to be addressed.

Corrosion was a problem in those days and as wind turbine generators grew in size and required greater tension in the foundation anchor bolts.  As a result, corrosion issues became even more critical. Originally, the foundation anchor bolts in wind turbine foundations were painted to arrest corrosion. But the paint interfered with re-tensioning and did little to prevent moisture from traveling thru the nut and collecting within the anchor bolt sleeves. The bolts also had to be repainted on a regular basis. Our solution was to grease the bolts and seal them with a bolt cap, which eventually became the IronClad Standard Duty Bolt Cap.

As construction spread across the country, there came a need for bolt caps that could perform in extreme conditions such as salt water environments and cold weather areas. To address this need, we developed the IronClad Extreme Duty Bolt Cap. This cap incorporates a quadruple seal including an o-ring and features much heavier material to stand up against falling sheet ice.  It also features a grease injection port to provide for even greater protection from corrosion.

More recently, we have developed a third bolt cap, the IronClad Super Duty Foundation Anchor bolt cap.  This cap combines the best features of the Standard Duty bolt cap and the Extreme Duty bolt cap.  These caps are made to fit all common rod sizes.  As a result, we can stock a large quantity and ship them on your schedule.  The Super Duty bolt cap also features a vent port to allow moisture to dissipate and an integrated o-ring which does not require a separate step during installation.  This bolt cap is heavy enough to resist most damage from falling sheet-ice and long enough to accommodate almost all bolt projection.  It is also easy to install, remove and reinstall without damage to the cap or turbine components.

Originally, we used standard automotive greases to coat the washer, nut and rod prior to cap installation. However, we found that the dropping point of most of these wax-based greases was too low and the grease often melted off the metal and pooled on the flange. Standard greases also tended to string out when being applied and, in the wind, often stained the tower walls along with everything else. The military provided the answer to this problem with a high-dropping point, non-wax grease that is specifically formulated for corrosion protection. This grease stays where it is applied and not only stops corrosion but even converts the existing oxidation to a protective coating of iron phosphate.  NTC Wind Energy is your distributor for CorrosionX™ Grease, which has become the standard of the industry.

As a natural progression, NTC Wind Energy developed the first tensioning tools for foundation anchor bolts using the double cylinder and push-plate setup, tensioning foundations all over the country. These days, we are available as consultants for new construction tensioning as well as self-performing re-tensioning on existing wind projects using hollow-cylinder or double-cylinder equipment.  We have over 20 years of tensioning experience and the equipment to tension any bolt configuration.