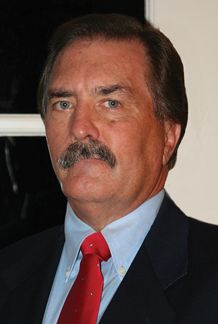 Norm Tooman Construction recently rebranded itself as NTC Wind Energy. How did that come about?

We were involved in general construction for a long time before getting into the wind business. It seemed appropriate to be more specific about our current concentration and expertise. In honor of Norm Tooman, who started the business, we wanted to keep his name but got tired of spelling it to everyone, so NTC seemed like the best answer. Besides, I had to keep peace in the family and especially with my wife, who is the majority stock holder, president and the daughter of Norm Tooman.

The company is widely known for its Ironclad bolt caps. Could you tell our readers about the product?

We were the first to introduce and patent bolt caps in the wind industry, back in the days that we were still building lattice towers. We saw that the bolts were rusting out and sought a solution that did not require painting the bolts every few years, while preventing water from going through the threads and into the bolt sleeves under the surface of the foundation. There have been a number of generations of our IronClad bolt caps over the years in our ongoing attempt to improve performance and keep prices low. For example, we’ve recently added a small vent to the standard duty bolt cap to prevent expansion and contraction and allow any condensation to escape, while adding no additional cost to the customer. Actually, bolt caps are intended to protect the grease on the bolt from dissipating or collecting dirt. A thorough coating of high-grade and high dropping point, anticorrosion grease is essential in combination with the bolt cap for proper protection. We’re very impressed with the performance of Corrosion Block grease and often sell it or use it with our caps.

How does the Extreme Duty bolt cap differ from the original?

Our IronClad Extreme Duty bolt caps were developed in cooperation with a BOP engineer. We were addressing potential damage caused to the caps in cold environments from sheet ice dropping off the blades and, at the same time, addressing applications near saltwater, where the cap might be partially or completely filled with grease or cosmoline for extra protection against the elements. We ended up designing a 14-ounce polypropylene monster of a cap that incorporates a grease injection port. We also designed it to so that the same cap fits rods from number 10 grade 75 to number 11 grade 150. It actually has four sealing surfaces against the tower flange including a flexible skirt on the outside, an o-ring and the two o-ring retainers, all of which bottom out on the flange. It’s nearly indestructible but necessarily a bit more expensive than the Standard Duty cap.

Another product of interest is the new grout sleeve line. Can you tell us a little more?

That came about almost the same way the bolt caps did. We looked at the foam rings in the grout trough — all taped up with duct tape — and just felt that there had to be a way to save labor, prevent the foam rings from floating in the grout, displace less grout, and better protect the bolts. The clincher was a tensioning job that we did where the grout actually squeezed through the bolt holes in the flange and caused all kinds of problems tensioning the bolts. The grout sleeve was the answer to all of that — and they’re both inexpensive and fast. The engineers love the sleeves too, because they displace almost no grout, allowing for a more sound grout bed. Foam rings displace about 3.5 square inches of grout each — essentially voids in the grout — which amounts to 4 to 6 million pounds of lost compressive strength in the grout bed, depending on the grout strength and the number of bolts. If the bolt sleeves are incorporated in the plans, the engineer can call out lower compressive strength requirements at initial tensioning which saves time and money on the job. Plus, the grout sleeves can be installed on an open pedestal with caulk, protecting the bolt sleeves within the foundation from filling up with water before the base is set.

Aside from those products, NTC Wind Energy also offers services to the industry. Please tell us about the foundation bolt tensioning.

We’ve been tensioning bolts from the very beginning, when 40 KIP was pretty standard. We still use the old-fashioned double cylinders and push-plate, but that is because we can service all the tools in the field if we have to and avoid lost time. But we can also adapt more easily to different bolt spacing and clearances while keeping prices reasonable. In addition to calibrating our pumps with certified gauges, we’ve recently developed a load cell that is small enough to use on foundation anchor bolts to calibrate not just the pump, but all of our equipment as it is working together. No more extrapolation based on the effective working area of the cylinders. This is a direct and precise measure of the tension being put on that particular bolt. We’ve been using larger load cells in rock anchor bolt tensioning for a years to measure creep, but to my knowledge, we’re the first in the industry to come up with a small enough load cell to fit on the foundation anchor bolts that is capable of accurately measuring up to 120 KIP. We’ve also upped our game by building an entire mobile unit dedicated to bolt tensioning and having seasoned professionals overseeing the work at all times. We do quite a bit of re-tensioning since we can be very precise in lift-off testing, provide detailed reports and, as a small family-owned business, we can keep our prices low. We’ve also put a huge emphasis on safety and I think we’re ahead of the curve there too.

Another service you provide is anchor bolt restoration. What does this service involve?

We’ve tried all kinds of methods to clean bolts that have rusted and found that there is only one safe and cost effective way to do it, and that’s using a mild phosphoric acid. Basically, it converts iron-oxide into a protective coating of iron-phosphate. Then we pressure wash the flange and bolts with a biodegradable acid neutralizing solution. Our Corrosion Block grease also helps to neutralize any corrosion that might be left but it has to be applied and bolt caps installed as soon as the bolts are dry. This service is inexpensive, very effective and doesn’t cause damage to the epoxy paint on the tower or flange. Often times, this service is incorporated with tensioning, which allows us to remove and clean or even replace the nuts and washers if necessary.